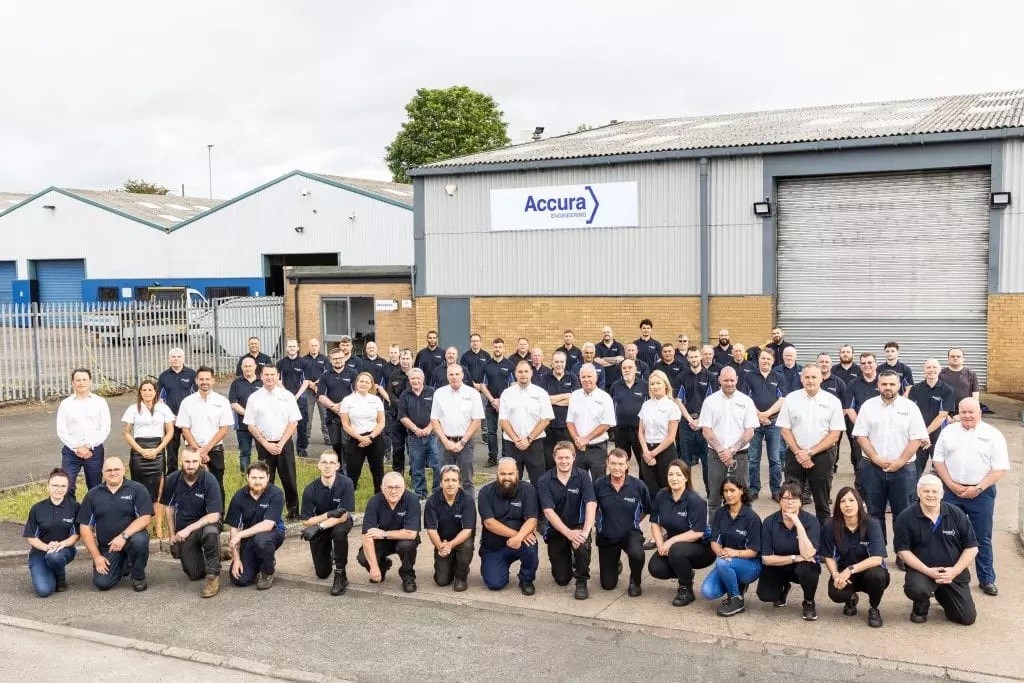 On International Women’s Day, Louise Lee, Senior Client Manager at IGF speaks to Accura Engineering’s Nicky Hill, who has forged a successful career in the sector. She sees that different perspectives help to drive innovation – from business management to commercial opportunities to finance.

What’s your biggest challenge as a woman leader in engineering?

I’m frustrated by the assumption that I’m a woman in a man’s world. Engineering shouldn’t have a gender. It’s a sector that demands intelligence, commitment, communication skills and focus. As far as I can see, these aren’t qualities that belong exclusively to men or women.

My biggest challenge has always been to overcome prejudices. When I started out, I was told over and over again that I was making a mistake, that I’d never make it and I was wasting my time. Fortunately, when someone tells me that I can’t do something, I work twice as hard to prove them wrong. I’m so glad that I did, because engineering offers rich and rewarding careers for women and men.

How did you start out – and how did you get to be Site Director at Accura Engineering?

After convincing people that I was serious about my career choice, I went to work for an aerospace company where I served my apprenticeship as a craft apprentice learning fabrication, fitting, testing and welding – of heat exchangers. I loved it, and it was here that I discovered a natural talent for people engagement which later led me into people management. Following on from my engineering apprenticeship, I started to study for Chartered Management Institute (CMI) qualifications, in business management and leadership.

I moved to Stadco Pressings working with Jaguar Land Rover as a Production Manager, followed by a move to Forbo Floorings where I started as a Production Manager and was told that, if I worked hard, I could rise to be an Operations Manager in three to five years. Once again, I saw this as a challenge – and did it in 18 months, as well as stepping up into a new role I also completed my degree at Aston university as a Chartered Business and Leadership Manager, along with other qualifications such as NEBOSH and Financial management whilst leading a small manufacturing site and developing my own leadership team and vision.

As I progressed, I began to understand the many opportunities open to me in engineering, and saw a job advertised at Accura Engineering. Luckily, it’s a company that sees ability – not gender – as the deciding factor. I applied for an Operations Manager job, but the CEO saw something in me that prompted him to offer me the Commercial Director role – and within seven months I was promoted into Site Director.

I think a lot of women might be concerned about flexibility in this industry, but I have found plenty. I’ve made the time for motherhood, invested in my education to gain a degree and forged a successful career.

What qualities do you bring – and how does this benefit Accura Engineering?

If everyone is alike, they’re more likely to think alike – which can stop industries from innovating. Diversity, however, brings new experiences and perspectives that can really shake things up. When I came to Accura, I found a company committed to excellence but also, in some respects, set in its ways. I have helped to transform our customer and staff engagement approaches, for example – and through this – our marketing and service offerings.

I’ve introduced three-year strategic plans to help drive the business forward, re-aligned the leadership structure and brought in quality and business management systems – combining to help the business double in size. Starting out as the only female leader, we now have many women in leadership positions, including a Site Director, Purchasing Manager, Finance Manager and Commercial Manager.

It is this change in perspective that brought us to IGF. The funding provided has been a major enabler of our strategic expansion as we grow our way out of the challenges of pandemic. IGF have bought into our strategic vision and provided the funding to make that growth possible.

What piece of advice would you give to any woman wanting to go into engineering?

Equality isn’t about being the same. It’s about being recognised for what you bring to a business as a unique individual. Don’t be afraid to be different – whether that’s gender, race, religion, sexuality or anything else – because it’s being different that makes you valuable.

Louise Lee, Senior Client Manager at IGF commented: “It is a real pleasure to support and grow a business with such a clear vision and strong female leadership. IGF was created to help growth focused SMEs just like Accura Engineering – unlocking potential, expansion and high value employment.”

Get in Touch Meet the team